We present to you the final version of GeekVape – Zeus X, this is an improved version of Zeus Dual. As in the previous version, Zeus X is leak-proof, has top airflow, dual build deck with the possibility of installing a single heater.

We present to you the final version of GeekVape – Zeus X, this is an improved version of Zeus Dual. GeekVape is known for the manufacture of high-quality, robust and smart design hardware amongst the vaping community. Their newest rebuildable tank atomiser Zeus X is no exception to this trait and is the final upgrade of the famous Zeus tank series. Zeus X brings new improvements based on suggestions and helps from users of its predecessor and is one of the most popular RTAs on the market.

As in the previous version, Zeus X is leak-proof, has top airflow, dual build deck with the possibility of installing a single heater.

Zeus X has now a total of four contacts with a large inner diameter, which makes coil and cotton installation very fast and straightforward and can be used both as a single or dual coil RTA tank. The top airflow control and top-to-side airflow combine to create a fantastic flavour spectrum and thick vapour production. The main improvements passed through the chamber that brings air into the deck to coils with a construction that is resistant to e-juice leaking yet upgraded top fill port design to minimise e-juice spillage.

Zeus X Top cap – used in the Zeus X only half turn to open, underneath it hides two medium-sized holes to refill the tank.

Zeus airholes – are two very large openings – the same on both sides of the RTA Tank and have stoppers so the airhole o ring stops before and after closing. Thanks to the airhole on the top, Zeus X is leakproof.

Zeus X RTA build deck – which was used in the Zeus X RTA is double and improved from the previous version, we have large holes for coil heads, which will easily fit 2 x 3mm coils, below we have a wide wicking port – it is very convenient to instal the cotton wool. The Micro Mesh is tailor-made for this tank.

Zeus X chimney – is movable and we can pull it out for cleaning, on the walls we have honeycomb holes and in the upper part normal ones, which gives us really a lot of air, you can not say that it is too small or too tight. With all of the improvements, the Zeus X air hole is still very quiet and the air hole is very smooth and not whistling. 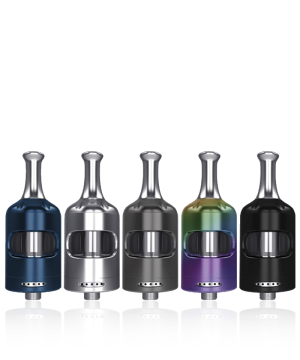 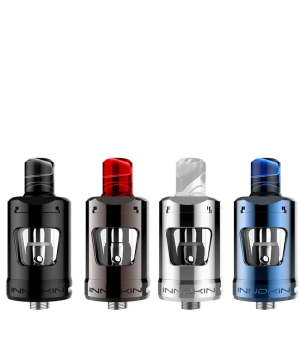 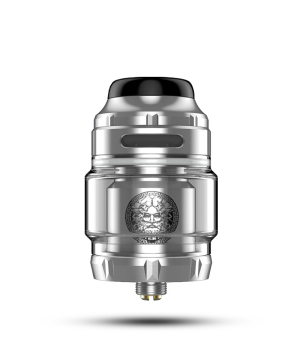 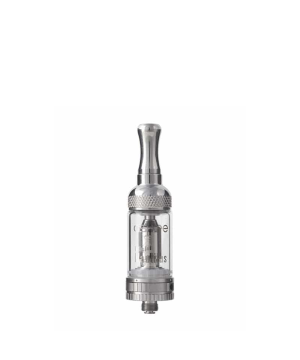