Click & Collect not available for the duration of the Lockdown. Nationwide delivery only! Dismiss

We present to you the final version of GeekVape – Zeus X, this is an improved version of Zeus Dual. As in the previous version, Zeus X is leak-proof, has top airflow, dual build deck with the possibility of installing a single heater.

Would you like to take part in a vape study?

We present to you the final version of GeekVape – Zeus X, this is an improved version of Zeus Dual.

As in the previous version, Zeus X is leak-proof, has top airflow, dual build deck with the possibility of installing a single heater.

Zeus X RTA is made entirely of SS, has 25mm width in the base and 44mm height, 2ml capacity in a standard version. In the set we get 2 x 810 dip tips, shorter black-mounted and the second one a little higher in the ultem color, we can also use our own favourite tips because the o ring was installed inside the cap.

Zeus X Top cap – used in the Zeus X only half turn to open, underneath it hides two medium-sized holes to refill the tank.

Zeus airhole – are two very large openings – the same on both sides of the RTA Tank, have stoppers so the airhole o ring stops before and after closing. Thanks to the airhole on the top, Zeus X is leak proof.

Zeus X RTA build deck – which was used in the Zeus X RTA is double and improved from the previous version, we have large holes for coil heads, will easily fit 2 x 3mm coils, below we have wide wicking port – it is very convenient to instal the cotton wool.

Zeus X chimney – is movable and we can pull it out for cleaning, on the walls we have honeycomb holes and in the upper part normal ones, which gives us really a lot of air, you can not say that it is too small or too tight. With all of the improvement, the Zeus X air hole is still very quiet and the air hole is very smooth and not whistling. 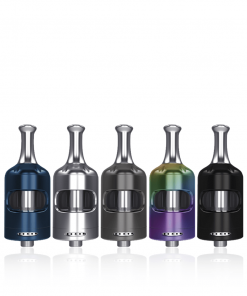 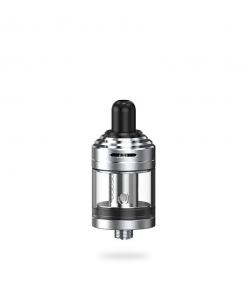 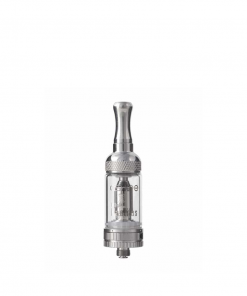 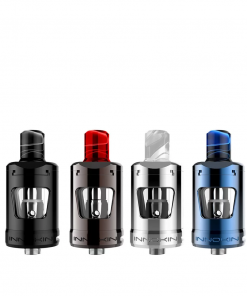